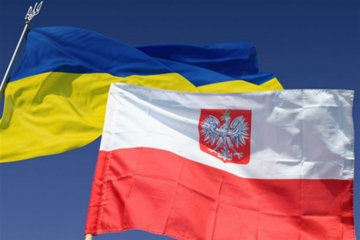 “Saint John Paul II in the process of forming Ukrainian – Polish dialogue and reconciliation” is a theme of a conference, called in Rome on October 9-10, 2019.

Before October 7, organizers of a conference met with His Beatitude Sviatoslav and received his blessings for holding a row of scientific conferences dedicated to a role of Catholic Church in the process of dialoguing, concerning Ukrainian – Polish reconciliation.

During the meeting with His Beatitude Sviatoslav, co-organizers of the conference Prof. Marek Melnyk and Fr. Arthur Masley presented main issues and tasks of it, mainly: introducing the role of Pope John Paul II in the process of Ukrainian – Polish dialogue and reconciliation. John Paul II is known for his undying inspiration and publicity about a dialogue between Ukrainian and Polish people. “The dialogue might have been impossible if there was no Pope engaged in it”, prof. Sokolovskiy said. “Certainly, the principle of this dialogue was a pontifical teaching of experiencing faith as a place where a person encounters with God and a neighbor”.

His Beatitude Sviatoslav expressed gratitude to organizers of the conference and their “scientific researches based on historical truth of Ukrainian – Polish relations”. “A Christian call of John Paul II “we forgive and ask for forgiveness” must guide every Ukrainian and Polish citizen”, Head of UGCC emphasized.

The Secretariat of the Head of UGCC in Rome