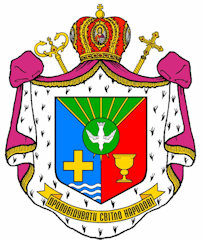 April 28, 2020 the session I of Kamianets – Podilskyi Eparchial Council with the theme “Emigration, habitation and global unity of the UGCC” starts in Khmelnytskyi.

On that score, bishop Ivan Kulyk promulgates a specific decree. Herefrom the decree states that the aim of the Council is to meet pastoral needs of the faithful of the UGCC in conditions of labour migration.

Eparchial Council of Kamianets – Podilskyi eparchy will also be held within a preparation for Patriarchal Council of the UGCC named “Emigration, habitation and global unity of the UGCC” which will take place in Lviv, August 26 – 27, 2020.

Taking a successful execution of Eparchial Council into account, bishop Ivan with a special decree assembled the Secretariat of the I session of the Council of Kamianets – Podilskyi eparchyof the UGCC composed of: protopriests Vasyl Bodnar, head of the secretariat, Anton Fedyk and Zinovyi Malaniuk, hiereuses Yuriy Lanyk, Roman Sokolovskyi, Mykola Shpitalnyi and deacon Maksym Kolodchak.

The decree mentions that “the priority of the Council is to care for a preparation and successful run of the session I of the Council” as well as “starting to implement all the tasks written in this decree from the moment of it being announced and act in accordance with the Council’s decisions”.