A model of the prophet Jonah suggests how to overcome a current situation, – Fr. Roman Ostrovskiy in his second retreat 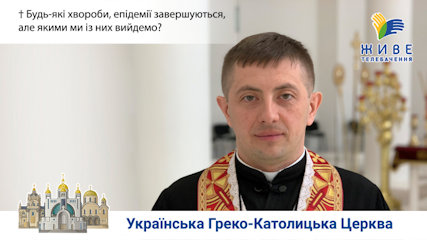 During the Moleben for health to the Mother of God at the Patriarchal Cathedral of the Resurrection of Christ, Fr. Roman Ostrovskyi, who gives online fasting retreats, was reflecting on the Book of Jonah.

The prophet Jonah serves as an example of an emotion we feel these days – anger.

“When something bigger than we suddenly hits us, something we cannot overcome in a moment – we get angry. A current situation we are in purify our feelings, make them right, as uncertainty disarms us. It scares us. Yet this fear can help us to realize one thing: “human is a weak creature”, the priest said.

Today, Fr. Roman suggest us to reflect on the Book of the Prophet Jonah. Think of how he was being angry, the way he was struggling, how he was arguing with God, giving us a hint about dealing with problems we face.

Shortly, Fr. Roman explained the structure of the Book of the Prophet Jonah. One of its peculiarities is that it does not have any of the prophecies. However, it tells a story of a prophet himself. The book is about a zealous Israeli Jonah, who God established to preach against to a hostile city of Nineveh and warn its citizens to repent, in order to avoid God’s punishment.

Jonah shares hatred of the sailors to their enemies disobeys God in fulfilling His order. He boards the ship I hope to escape God’s mandate. Consequently, God sends a huge storm and after discovering the reason of God’s anger and for advice of Jonah, sailors throw him overboard. Fish, which swallowed him, let him out to the land and the man faced God’s message again. This time Jonah obeys God’s order and calls Ninevites to repent and they escape the revenge of God. Yet, Jonah still feels prejudice to Ninevites and expresses his disaffection to God, putting His mercy to a question. Nevertheless, God shows on his faulty position, and in his most delicate way, reminds of his mercy.

“Today all of us are being a bit of Jonah and God suggests us in the time of pandemic analyze our faith, make it crystal clear and small as a mustard seed, cleansing it from childish naivety and some kind of magic. Only then this faith will support us and answer in the time of peril”, Fr. Roman Ostrovskyi encouraged.

We remind that Moleben for the sick is served daily, from Monday to Friday at 12 pm at the Patriarchal Cathedral of the Resurrection of Christ. Retreats of Fr. Roman Ostrovskyi are an integral part of it.