UGCC Head: Pandemic made us look into the eyes of death 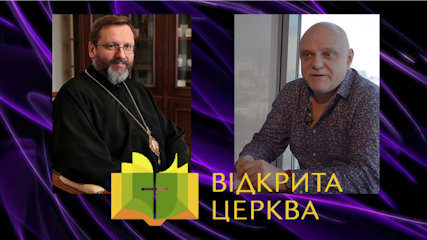 Society lives as if God does not exist and death does not exist. Everyone thinks they will live here forever. But now the pandemic has forced a modern man to look into the eyes of death. This was the opinion expressed by Father and Head of the Ukrainian Greek Catholic Church, His Beatitude Sviatoslav, in the program “Open Church” on “Zhyve TV”. The interlocutor of the Head of the Church was a journalist, TV presenter Mykola Veresen’.

Speaking about the fear of death in connection with the pandemic of the coronavirus, the Head of the UGCC noted that he often felt that modern society was running away from the topic of death.

“In recent years, I spoke a lot about the tragedy of the war in Ukraine. I have seen that modern society does not understand the topic of death.  And now the Lord God has put it before our eyes,” said His Beatitude Sviatoslav.

The Head of the Church recalled when his predecessor His Beatitude Lubomyr was asked: what would you like to advise the oligarchs?  And he replied: “I would advise them to go to funerals more often.”

“For when you see with your own eyes that your life will have an end, and when you realize that you are sure to die, your life takes on another meaning,” said His Beatitude Sviatoslav.

He is convinced that it is natural to fear death, to disagree with it.  The Christian experience considers the fear of death and rejection of death as an argument that man was created for eternal life.  We don’t want to die, we want to live forever.

“However, for the modern man, death is a problem that he is rediscovering, an unsolved problem that cannot be explained.  But we Christians believe in the resurrection.  Our Savior Jesus Christ showed us what death is.  Why?  Because He allowed everything that would happen to us to happen to Him…”

Christ suffered, died on the cross, and rose again.  What does it mean?  “He has shown that death is part of human life.  Death is not the end, not the fatalistic scourge of man.  And each of us will die, and each of us will rise again.  The only question is how we will die.  The Christian experience says that a good death still needs to be earned, it needs to be prepared for,” added the Head of the Church.