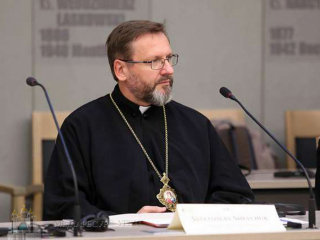 Father and Head of Ukrainian Greek Catholic Church, His Beatitude Sviatoslav, October 3-6, 2019, will participate in the annual plenary assembly of the Council of Episcopal Conferences of Europe on the topic “Europe, it’s time to wake up! Signs of Hope.”

This year’s plenary assembly will be held in Spain, in the city of Santiago de Compostela.

The work of the Assembly will take the form of an analysis of the cultural, political and social European situation, presented by the French philosopher Chantal Delsol.

At the plenary session, the participants will try to identify the most important elements that influence the ecclesiastical and social life of the European continent, with an emphasis on the Christian roots inherent in European history and culture.