Vitaliy Portnikov will be the interlocutor of His Beatitude Sviatoslav in the next Open Church program. 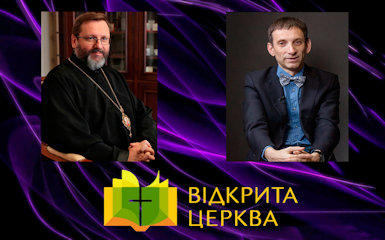 On February 5, 2020, at 6:00 PM, watch the Open Church program with His Beatitude Sviatoslav live. The interlocutor of the UGCC Head will be journalist and TV presenter Vitaliy Portnikov.

During the broadcast, the speakers will discuss a wide range of topics, including the place of the Church and morality in the society after decades of immorality, war, and peace.

You can watch it live on YouTube Zhyve TB channel or the Zhyve TB page on Facebook.

In January, a preliminary live broadcast of the Open Church took place. The interlocutor of the Head of the UGCC was Vitaliy Haidukevych.

We invite you to watch this program.

Vitaliy Portnikov was born in 1967 in Kyiv. He has worked as a parliamentary correspondent for the edition Youth of Ukraine, and as a columnist for a number of Ukrainian, Russian, Belarusian, Polish, Israeli, Latvian newspapers and online publications. He is also the founder and host of the Political Club television program which is now broadcast on the Espresso channel.